“Why are you still working here after nine years?”

The question caught me completely off guard, and I tried not to show it. I sat in a small conference room with a new team member, and he was observant, because I had wondered the same thing.

In fact, I often felt a low hum of regret over that very question. I’d given my best energy and effort to a string of positions that never amounted to anything. I got the results my bosses asked for, my reviews were stellar, and I was even promoted a handful of times, but I wasn’t valued, and that was a deal-breaker.

Sometimes we feel unwanted simply because we don’t want the crumbs being offered to us.

There are hundreds of ways we can come to this point of feeling like we should be further along in life, and suspecting that everyone else knows it.

But is it really true?

Here are a few things to remember when you find yourself feeling left behind:

1. You can’t control the ocean

Eventually I did leave that position, and a few months later, found myself en route to Africa with my friend James for some humanitarian work. In the hushed airplane cabin, I told him of my embarrassment over staying as long as I did in a job that never rewarded me. What he said in return was profound: 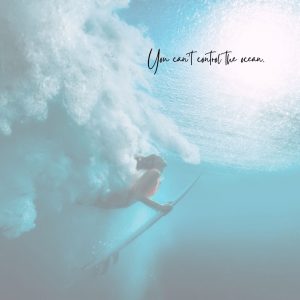 “We like to view the world like we’re in the swimming pool business, which is all about controlling the water, and balancing the environment. In reality, it’s more like we’re surfers. The water will be what it will be, and our job is to balance ourselves.

“No one else expected you to control the wave, they’re just impressed that you stayed standing. Think of it as the proving ground. Maybe the results weren’t supposed to come there. Maybe it was just the setup, and the results will come later.”

We tend to think of life in a linear, chronological way. We crave predictable results. And certainly, when it comes to matters of the heart, the heart wants what it wants, and cannot be easily convinced otherwise.

So the idea that the results could still be coming—albeit massively different from what I’d originally imagined—felt like a flicker of hope in the dark cabin.

To be clear, it doesn’t erase the heartbreak. When something is lost that cannot be recovered, there is grief there.  A miscarriage. A divorce. A lost opportunity. A life-long desire unfulfilled. It’s not about fixing, because nothing will fix that.

Also true: You can’t control the ocean. It’s okay to release yourself from the expectation to.

Sometimes it feels cathartic to fight the wave. To scream, and kick, and rip at it with your bare hands. But in the end, it is stillness and surrender that will deliver you. Then, from a place of balance, you will find your way.

2. Nothing is truly wasted.

I’ve only taken a handful of pregnancy tests, in spite of years of fertility treatments. I wanted it so badly I imagined the symptoms of early pregnancy, hoping every tiny pang or the slightest whiff of nausea was a sign. Other times, I knew deep down the test was futile, but I needed to know for sure.

I would always get very quiet afterward. If I’d had my hopes up, I would wake Stephen, and let him console me. I would let the tears fall, without wiping them away. I would let the grief come.

If I’d already steeled myself, I would stay on the floor, denying the tears, feeling them grow heavier in the center of my chest. I told myself this was simply my reality, that it would do no good to mourn. I would gather whatever energy I could muster, and lift myself from the floor, slowly, heavily, sick to my stomach, which felt extra cruel to my not-pregnant heart.

It took a long time to learn to trust my body again. I felt barren in every way. Lifeless.

To add insult to injury, it cost thousands of dollars out-of-pocket for the failed treatments. For years, any time I was short on cash, I would wish I had that money back. After all, what good did any of it do? It felt like such a waste.

More importantly, I learned to embrace vulnerability. To take risks, and take chances, without being able to control the outcome. Ultimately, that did more to prepare me for the work I do—which I love—than my degree and ten years of experience combined. It’s what makes me able to walk with people into their own vulnerable spaces. To break off the fear that keeps us paralyzed. To hope for better in spite of it all.

Nothing is truly wasted. 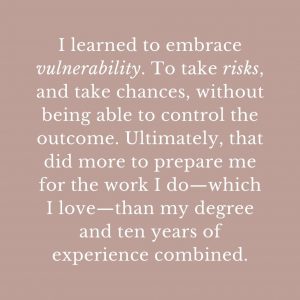 3. Your story isn’t over yet

My husband and I honeymooned in Hawai’i, which was formed by volcanoes. Had you seen the searing lava pouring into the ocean, steaming and hissing, smoldering in the aftermath, you would have declared it total destruction.

But look at them now.

Life. So much life.

Hope is a tricky thing when the future is hazy. It feels like you’re doing a thousand-piece puzzle, with no idea of what the end result will look like.

It’s much easier to reach for distractions to drown out the internal chaos, but that rarely fixes anything.

I can chase distraction for a while, but eventually I wind up tired, withdrawn, jealous. I find myself fighting battles I shouldn’t be fighting, trying to cram life into my idea of what it should look like. I get stuck on wanting a road map, and a timeline, and guarantees, and there are none.

Acceptance is a practice, and a process.

Those impulses, the ones that tell us things should be different, they are there for a reason. It is wise to reflect and evaluate honestly before deciding acceptance is the way forward. There are certainly things we should never accept.

But sometimes it becomes clear that acceptance of the past is not only necessary, it is the foundation of the future. It is only in letting go of the past—and the dreams we once held—that we can move forward.

Your past is only your past.

It is not your present.

It is not your future.

Good things are coming, but we don’t get to know when, not one minute in advance. Blessings rarely forecast themselves. 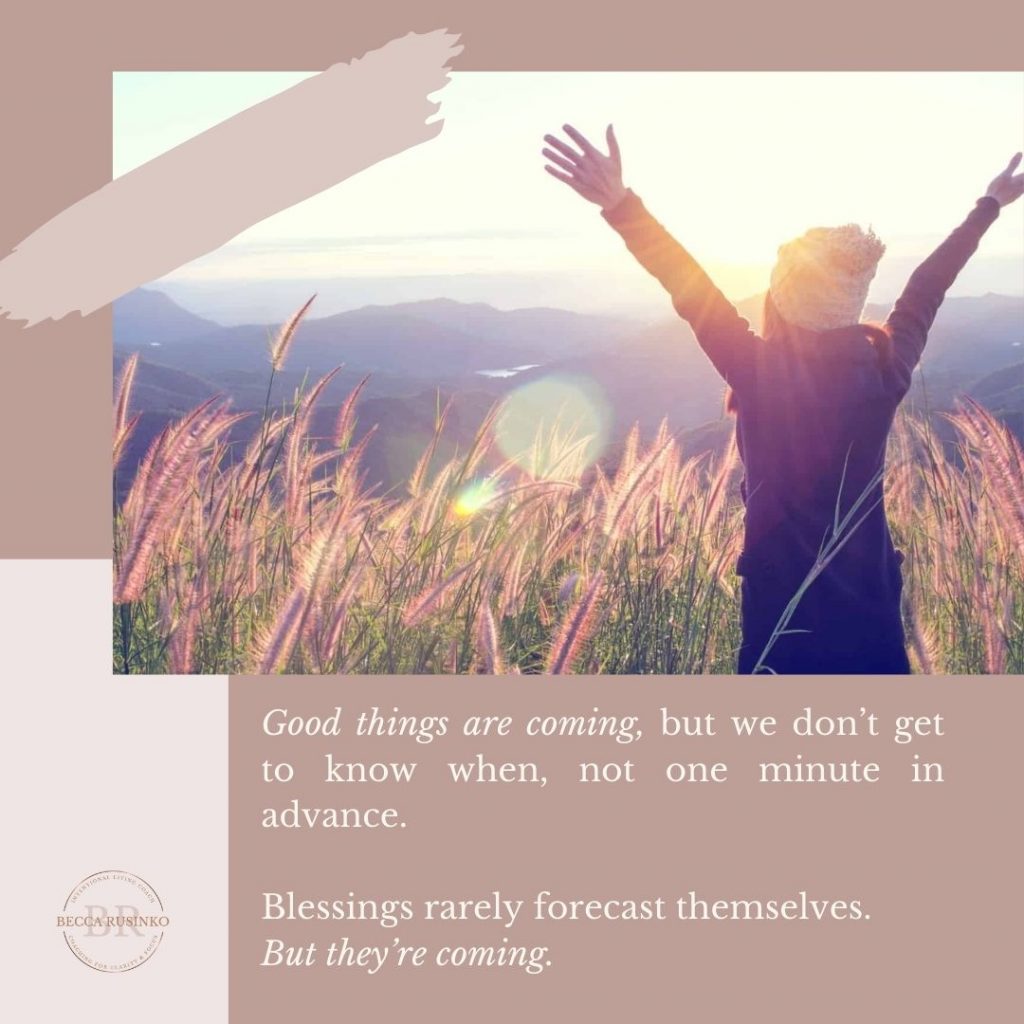 Something beautiful can still arise from the ashes.

When you find yourself in the darkness, I hope this is a ray of light to you:

Your story isn’t over yet.

All of the pieces will eventually come together. All of the pain of the past will help you become the person you need to become.

You will find your way. 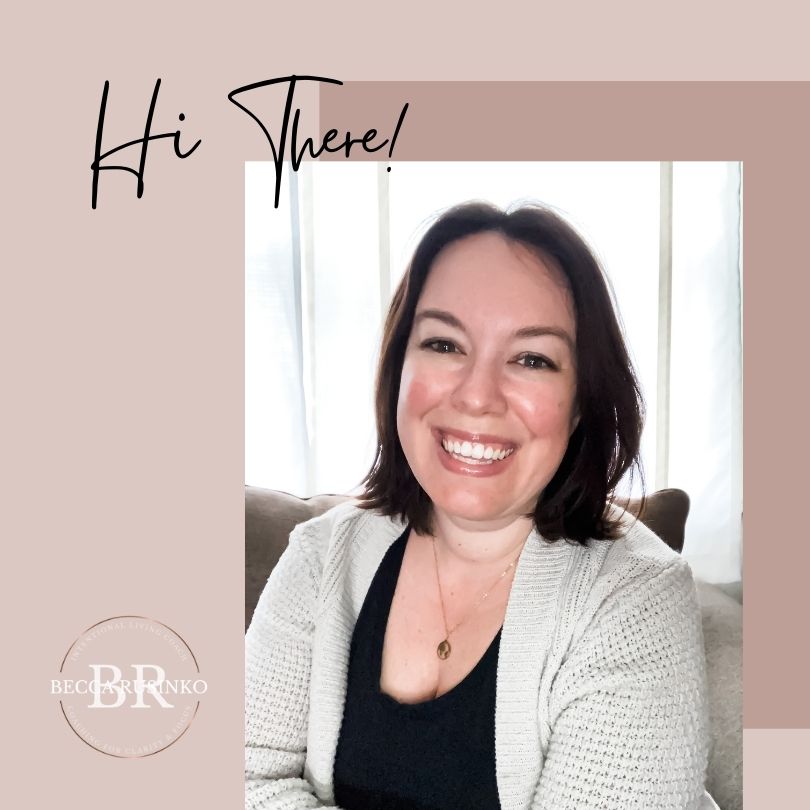 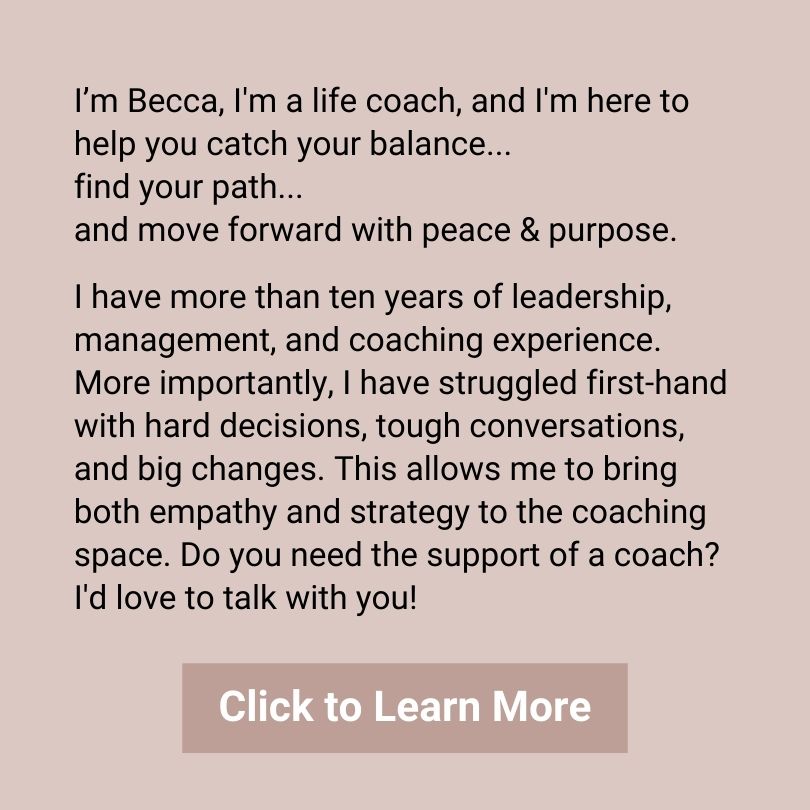