On a grey morning in February, I tucked myself into the back corner of the cutest café Liverpool has to offer, with a cinnamon-maple latte and my journal, for what had become an annual tradition of reflection. The mug fit perfectly in my hands, comforting and soothing, and was the perfect moody grey to match the rain clouds gathering in my thoughts. I traced the smooth edge with my fin 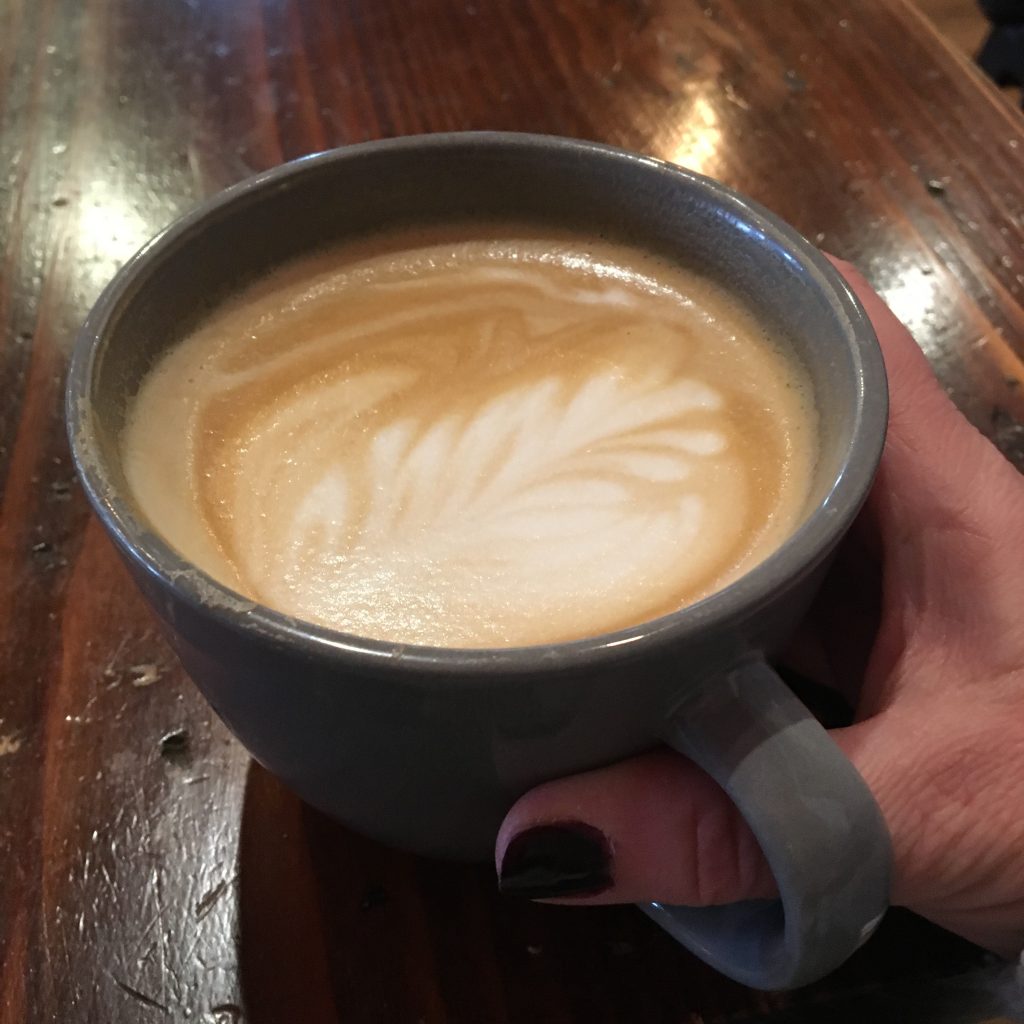 gernail, and glanced over at the front table by the window, next to the fireplace. I remembered vividly the things I had struggled with at that table the previous year.

I had reached a breaking point. That week had culminated in the most epic breakdown I ever had at work. It would be an understatement to say I lost my cool. I cried, for sure, but beyond that, my veins had filled with fire and ice, and I didn’t even recognize the sound of my own voice. It was this raw, raspy version that refused to let me deny what I was feeling – what I had been feeling for years already – which was wrung out, drained, angry, hurt, and alone.

And there I was, a year past that breakdown, still wrestling with the same things. I wrote this in my journal:

The only way to create positive change is to create massive change. I’m out of excuses.

I had tried everything I could think of to make my chosen career work, and I was ready to admit that it hadn’t, and although it was my choice, it would not be an exaggeration to say that I was heartbroken. I had poured so much of myself into my world there. I had so many people counting on me. And there was also one persistent thought that held me back:

I’d been in the same place before, so certain that my only option was to leave, and for a while I was glad I stayed. What made this time different?

Truthfully, I hoped for an obvious sign to drop out of heaven, or God’s audible voice to tell me the right thing to do, but ultimately, the guidance dropped into the deepest part of my being, subtle at first, and then more insistent, and it was my work to listen. I think it had to be that way. There are dozens of stories of people who argued with God, even when they received the coveted verbal instruction. We as a species may not be great listeners.

Life is complex, and we try to logic it out with our pro/con lists, but they may not tell us the whole truth. On a crisp January day just a few weeks prior, a mentee and I had met up for a long luxurious lunch at the Three Brothers Wineries, a collection of wineries nestled on a beautiful vineyard along Seneca lake. It was one of those winter days where the sun hangs low and the light is soft all day, and as we meandered through the afternoon, we talked about why we stayed. I felt good about the reasons I gave, and maybe it was easier to see them because I was happy and surrounded by beauty, but I still think they were true. They were true…but the reasons to leave were also true, and I had a long list of those as well. You can’t necessarily rely on the externals to guide you.

I genuinely believe that most of the challenges in our lives are calls for growth, not for change, and that if we chase external change to avoid difficulty, we essentially short-circuit our own lives and forfeit all that growth. Also true: We cannot become who we are meant to become if we cling to the way we hoped things would go and refuse to change.

This is complex, and since I can’t simplify it, I offer this handful of guideposts. These are the things that made the difference for me, the things that pointed the way to change, and I offer them to you in hopes that if you face your own crossroads, they may provide some clarity.

The circumstances around you can be remarkably broken without breaking you. This is not a matter of how difficult the situation is. It’s not a question of whether you can dig deeper to find the strength. It’s not even about how much you cry, how stressed you are, or whether you’re happy. It’s a sense that irreparable damage is being done to the foundation of your life. It’s a question of whether your essential self is still intact. Once this break has taken place, it’s as if the damage is already done, and you’re just making it official.

As I sat there on that grey February day, it seemed like an odd time to “give up.” I had been through so many more difficult seasons – busier, more stressful, harder in every way. I had made it through those, so I knew that I could keep going through the motions, but inside me, something was crumbling. For so long, I had showed up as whatever everyone else needed me to be. I did more than rise to the occasion, I made myself whatever the situation called for. And the façade had cracked, imperceptible at first, but an avalanche was building, and the real me was leaking through, like water from behind a dam.

The reality is that if you are facing an ending that breaks your heart, it will be hard, even if you are the one to initiate it. You will cry. You will be stressed. But you will know, somehow, that it is the path to wholeness, and that is the difference.

2. There is an Internal Shift

Up until that point, I had navigated every difficult season with the assumption that I would ultimately stick it out one way or another. Then, there was a single day where the wave started building that turned my world upside down, and the sense of clarity came that changed everything. The first domino had fallen, and the rest weren’t far behind. I still hesitated, of course, but that internal sense of knowing had shifted to where I was fairly certain I would go, just like that. Everything after that point was me fighting with myself. My internal monologue had switched from ambivalence to bargaining (and a touch of denial). I was trying to salvage the situation, but part of me had already started to move forward.

This one is pretty straight-forward. Your body is not invested in maintaining the way things are, and it will tell you the truth. It’s a gut-punch knowledge settled in the deepest part of you. You know your normal symptoms of stress, and your body will ratchet it up until you listen.

4. You Understand What You Are Moving Toward

I think we need to understand the role of perspective, which is not a cure-all. Yes, a shift in perspective can shift everything, and I’m a deep believer in the power of perspective to change our experience of a situation, even if nothing external changes. I’ve seen over and over in my life how a renewal in my heart can revive a path that I thought had run its course. If we’re not careful, though, we can trap ourselves into believing that external change is never needed. 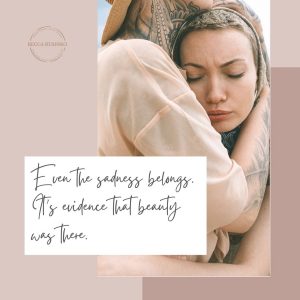 Perspective always matters. Sometimes it is the only thing that matters, but other times real change is needed, and still, your perspective and your focus and how you frame that change will influence how you experience it, and how you move through it. If you focus entirely on leaving Point A, because you are frustrated or angry or hurt or even heartbroken, you will probably feel forced, stressed, and uncertain. You may even miss Point B because you’re so focused on getting away from Point A that you jump ship without having a vision of where you are going. If, on the other hand, you see Point B, and it resonates with you, and you feel called there, then maybe the fact that Point A is crumbling beneath your feet simply confirms it is time to go forth, and with that as your focus, you can move with a much greater sense of peace and purpose.

One more important thing: You have permission to take as much time as you need.

Others may say it should be an easy choice. Let them. For that matter, you may be frustrated with yourself, wondering why you can’t see the way forward, but give yourself the gift of time.

Here’s the thing: When you have been ambivalent for years, it is unrealistic to expect that gravity to go away overnight. Those dreams you’re letting go of were real, and they mattered, and when your heart is broken by your own decision, you want to know that you gave yourself all the time you needed.

I can honestly say, looking back, that all of it belongs. A year ago today, I was on a 6AM flight to New York City, and although I usually hate flying, it was beautiful. I was one of the only ones who stayed awake to watch the stunning golden sunrise over the city, and all I could think was how grateful I was to be there. It was real, and it mattered.

Even the sadness belongs. It’s evidence that beauty was there. 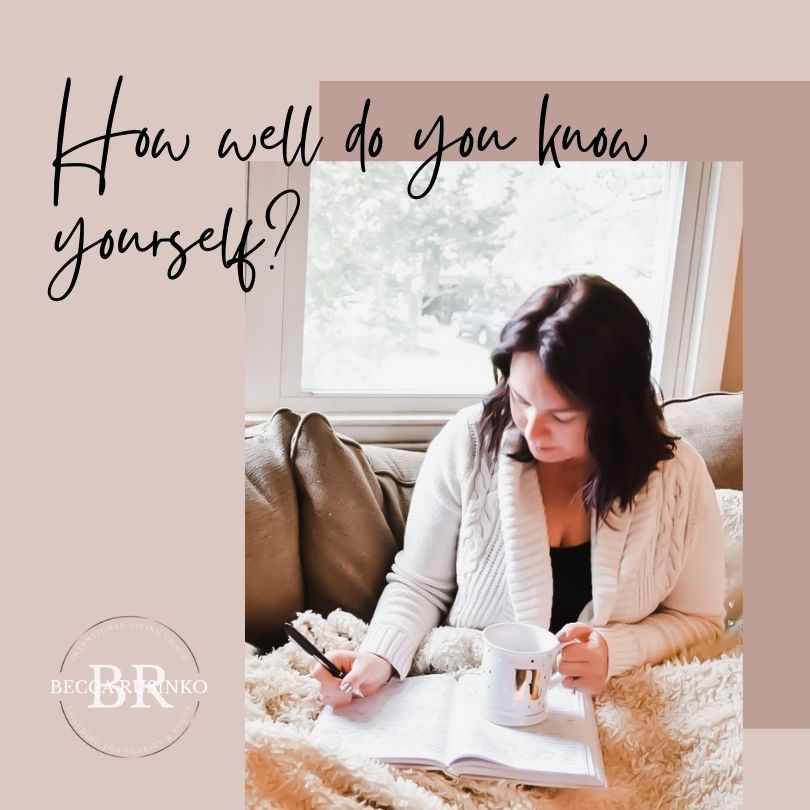 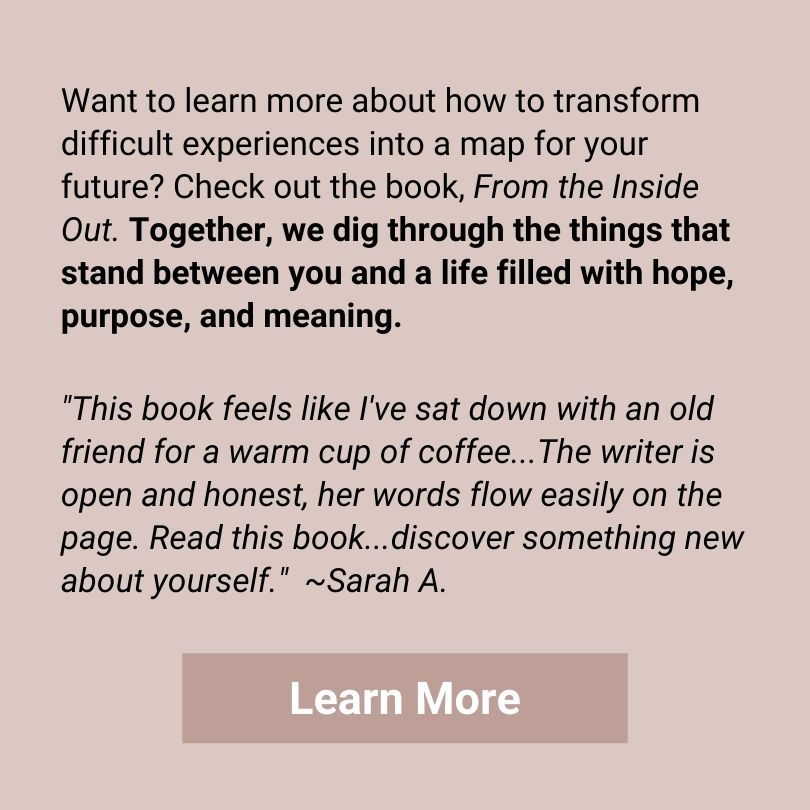